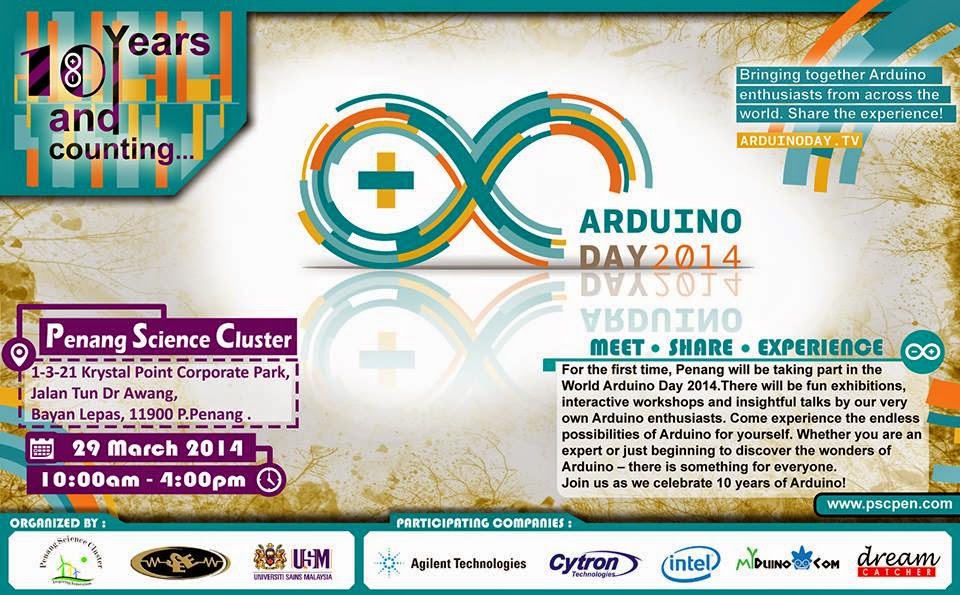 Hey everyone ! How's your projects so far ? Keep on making !

Last month on 29th March 2014, SEE ( Student Society of Electrical & Electronic Engineering Society) together with PSC (Penang Science Cluster) organized the World Arduino Day at Penang ! Arduino Day was to celebrate the 10 years of arduino and we can see that arduino's community is growing day by day !

It was my pleasure and great opportunity to be part of the organizing committee to make this event happened at Penang. It was my first time too to have involved in such a community event for makers ! Definitely will inspired me for more !

In this post, I am going to share a little about the World Arduino Day happening at Penang.

Below were the schedule during the World Arduino Day: 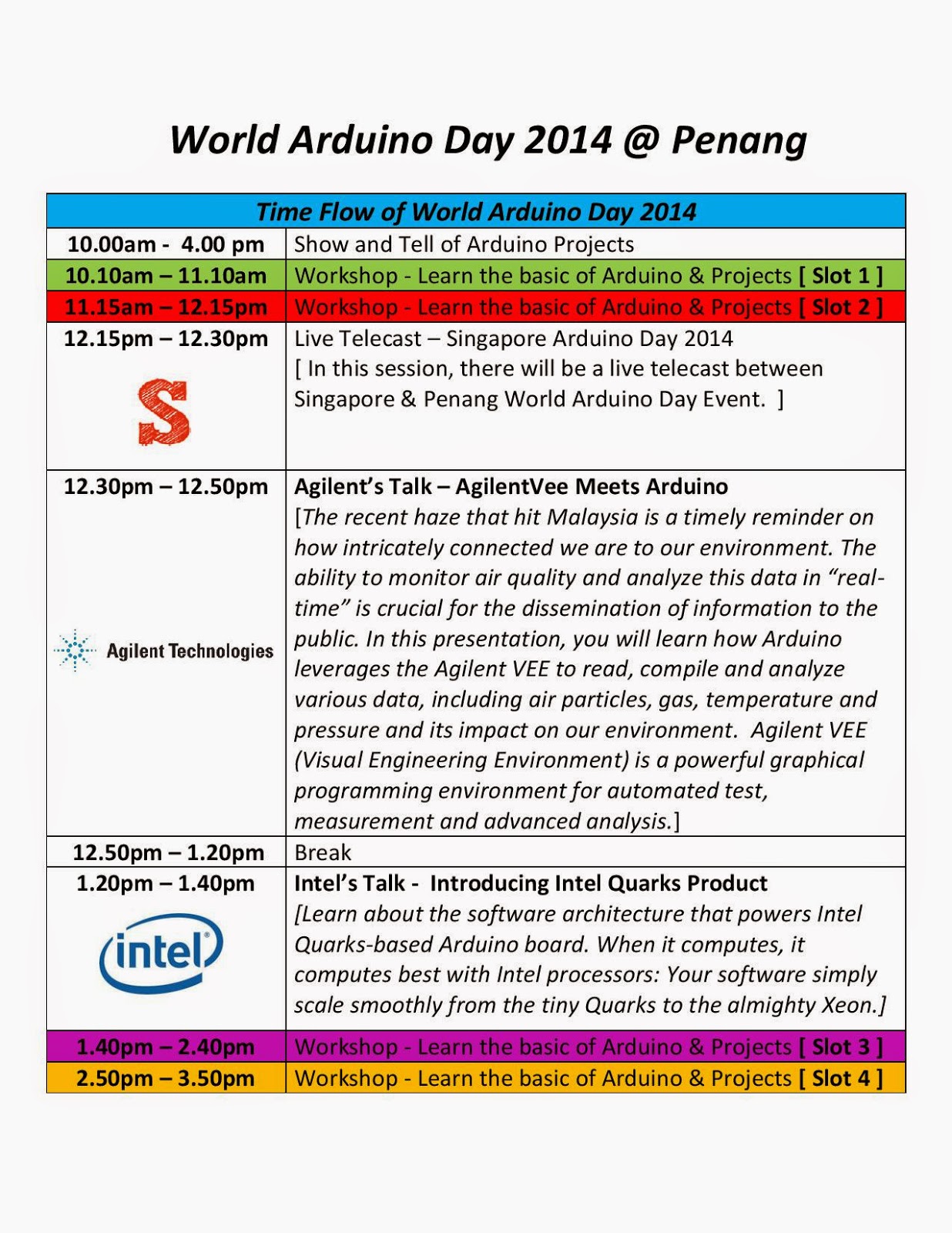 So, basically during this event, we had some exhibition from different companies, university and of course also some secondary school students. For instances, we have companies like Cytron Technologies, Myduino, Intel Penang, Agilent Penang ! Besides, we have some projects exhibition from USM, UTAR, SMJK Chung Hwa and SMK Batu Maung !

Some pictures about their projects : 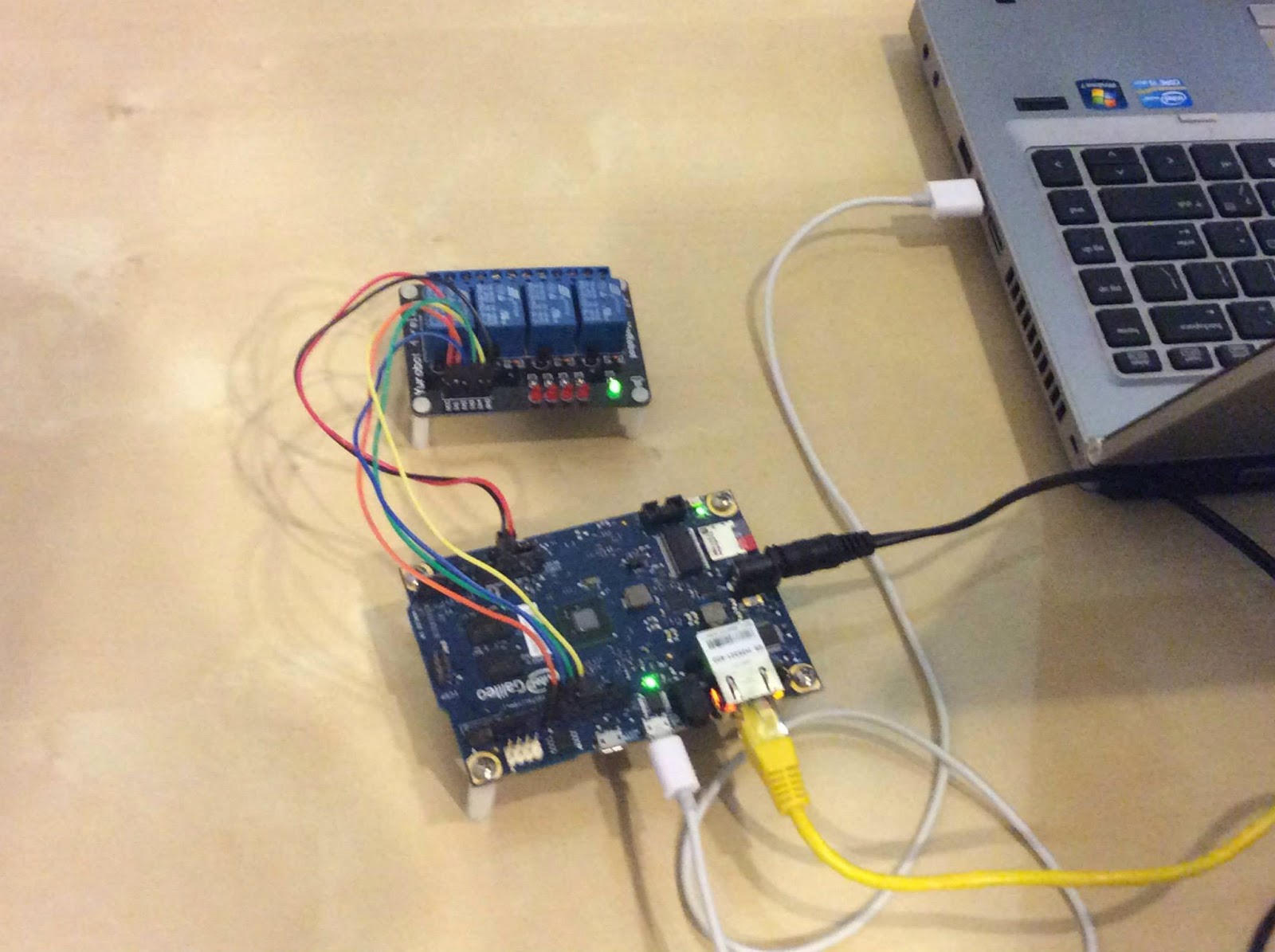 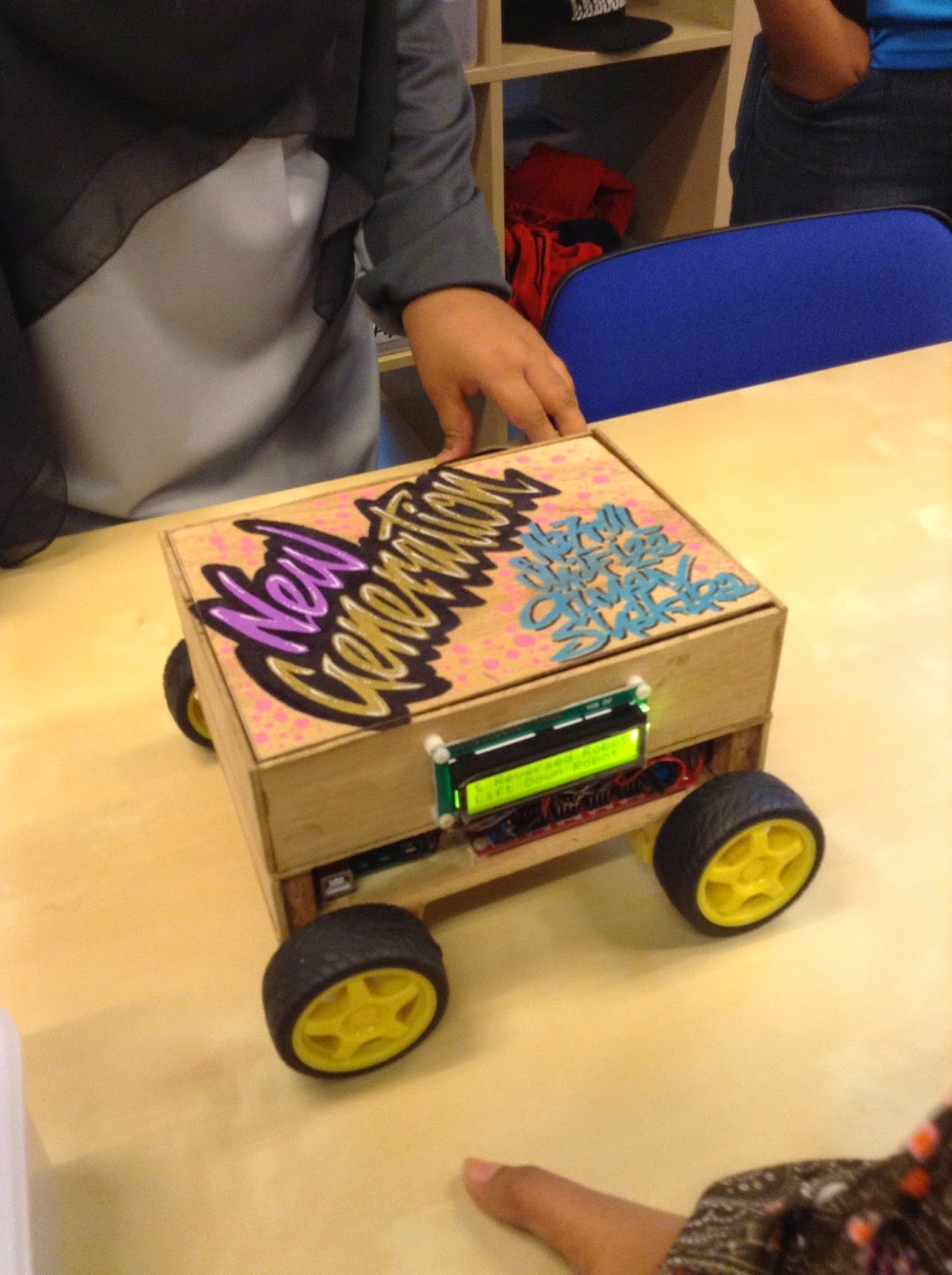 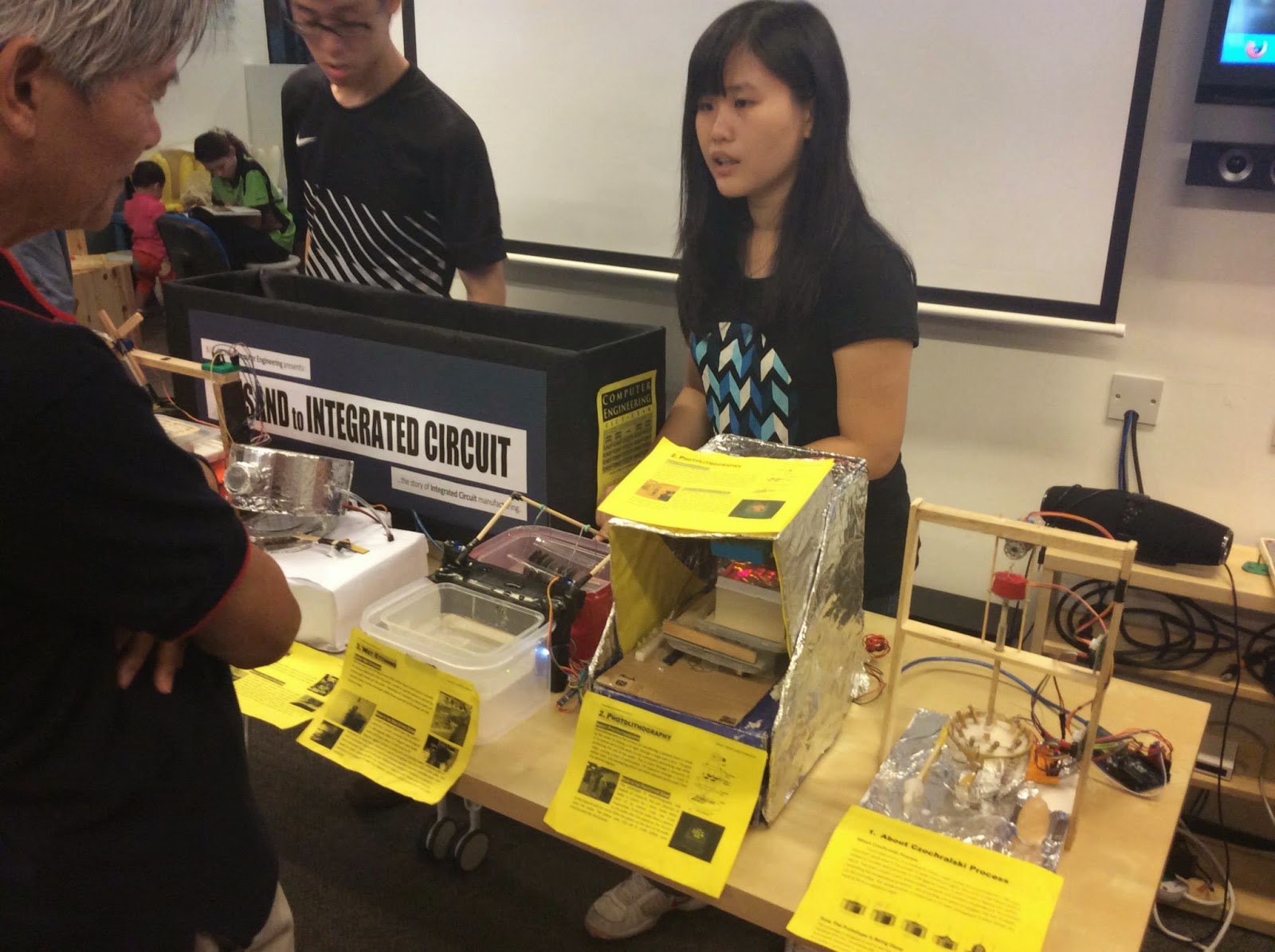 Sand to Integrated Circuit model (Based on arduino ) by UTAR 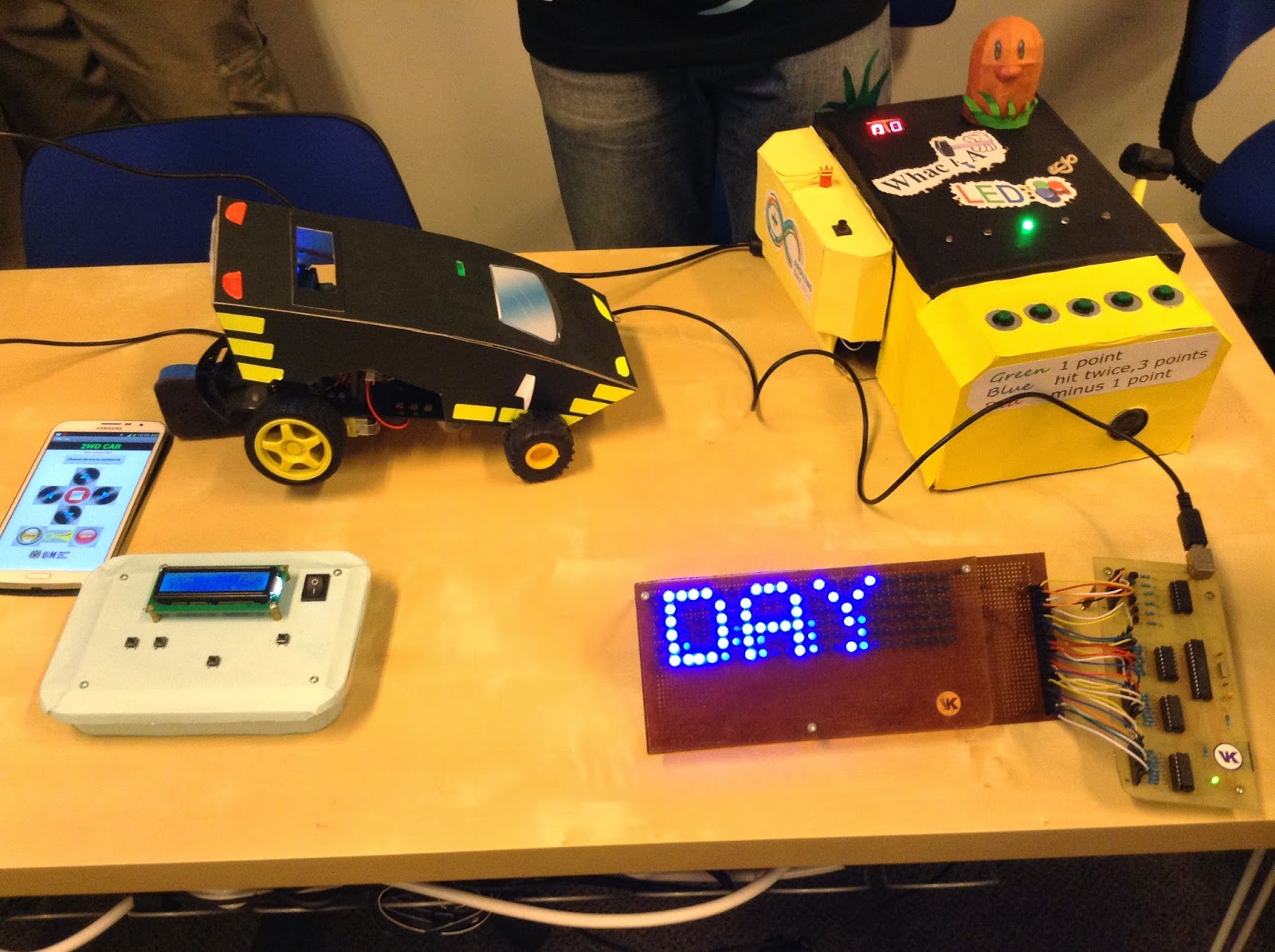 Some Arduino based projects from USM SEE 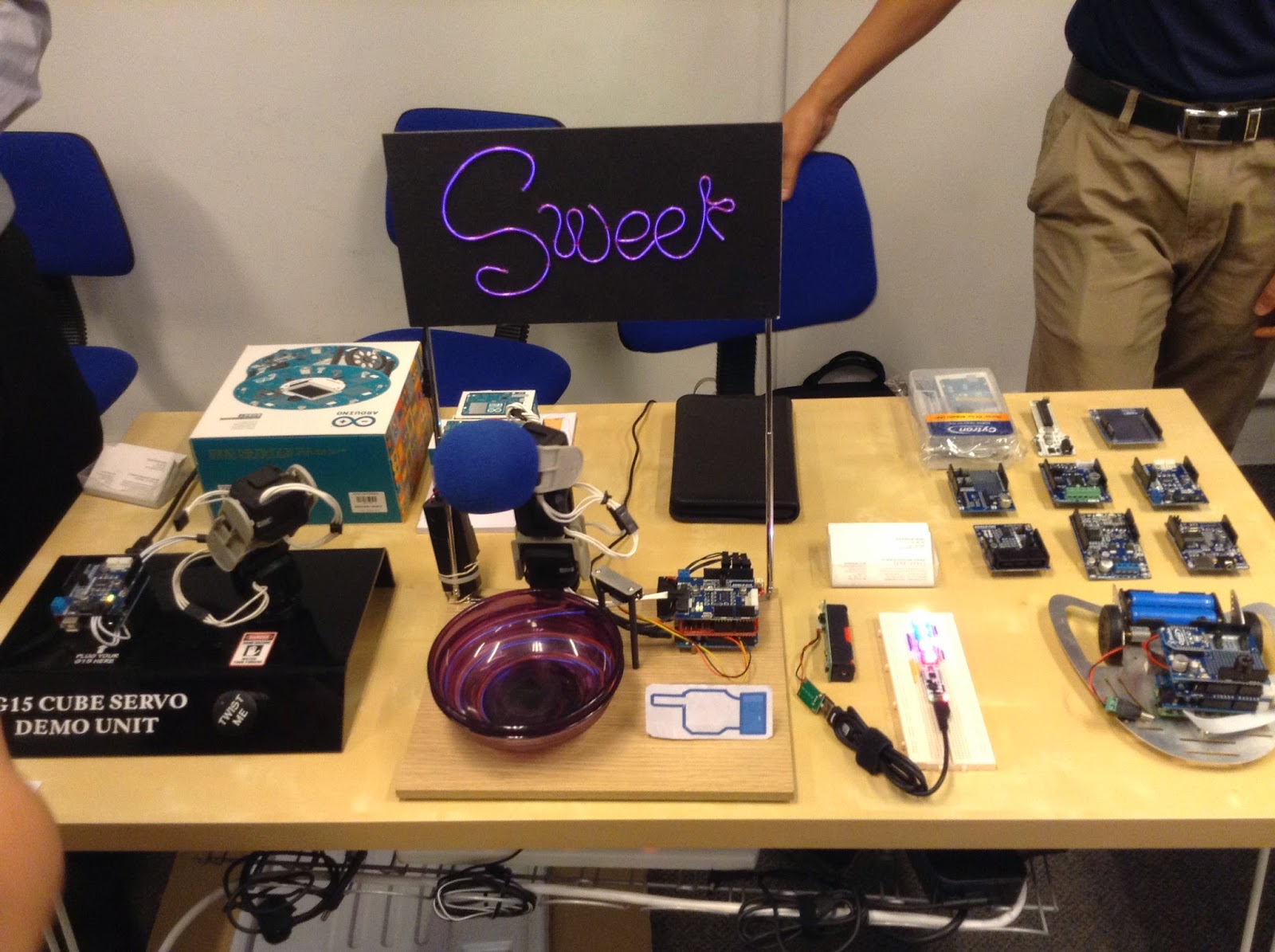 Showcase of some Arduino related shield from Cytron Technologies 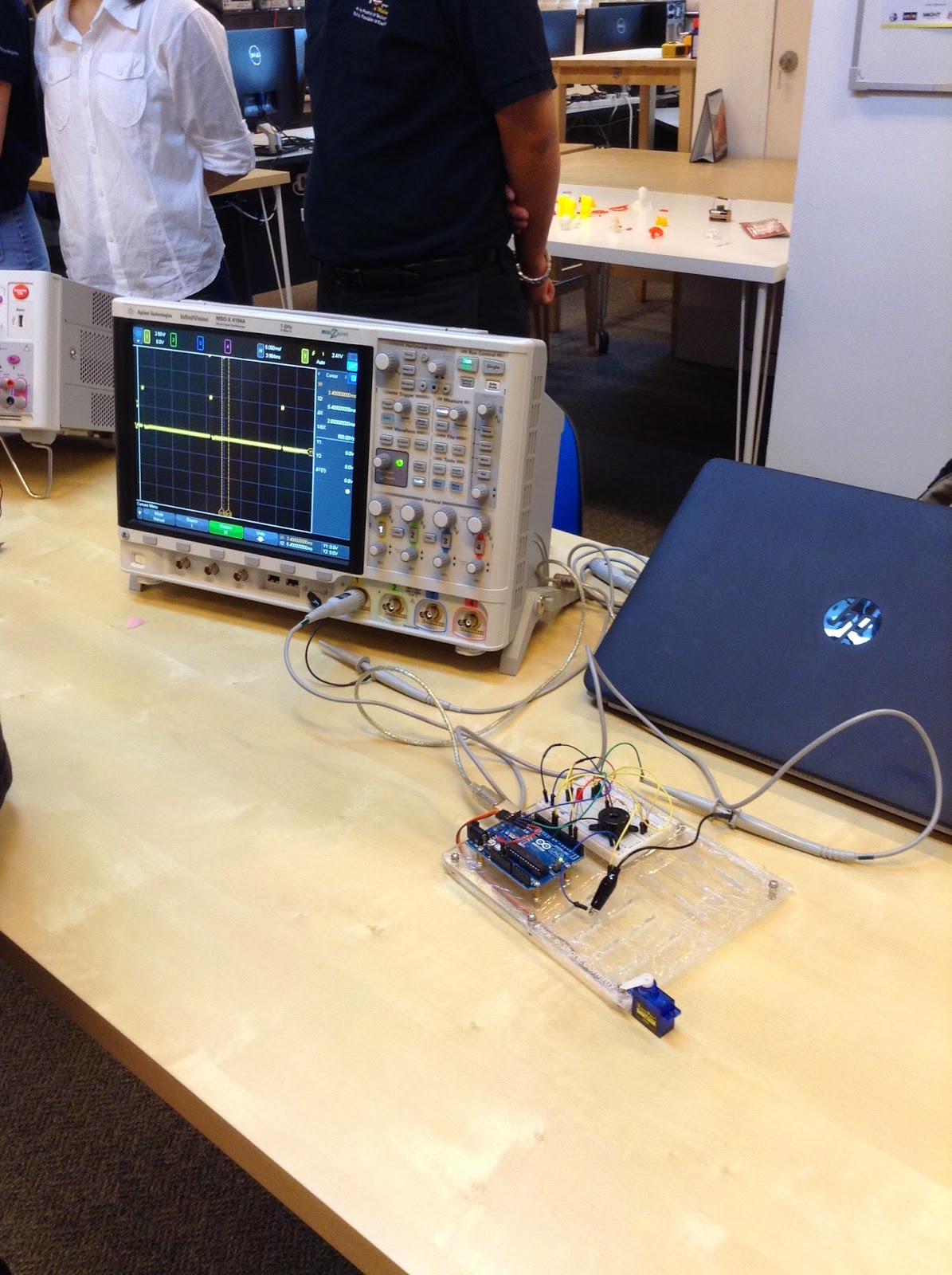 Oscilloscope from Agilent Technologies and some simple Arduino projects ! 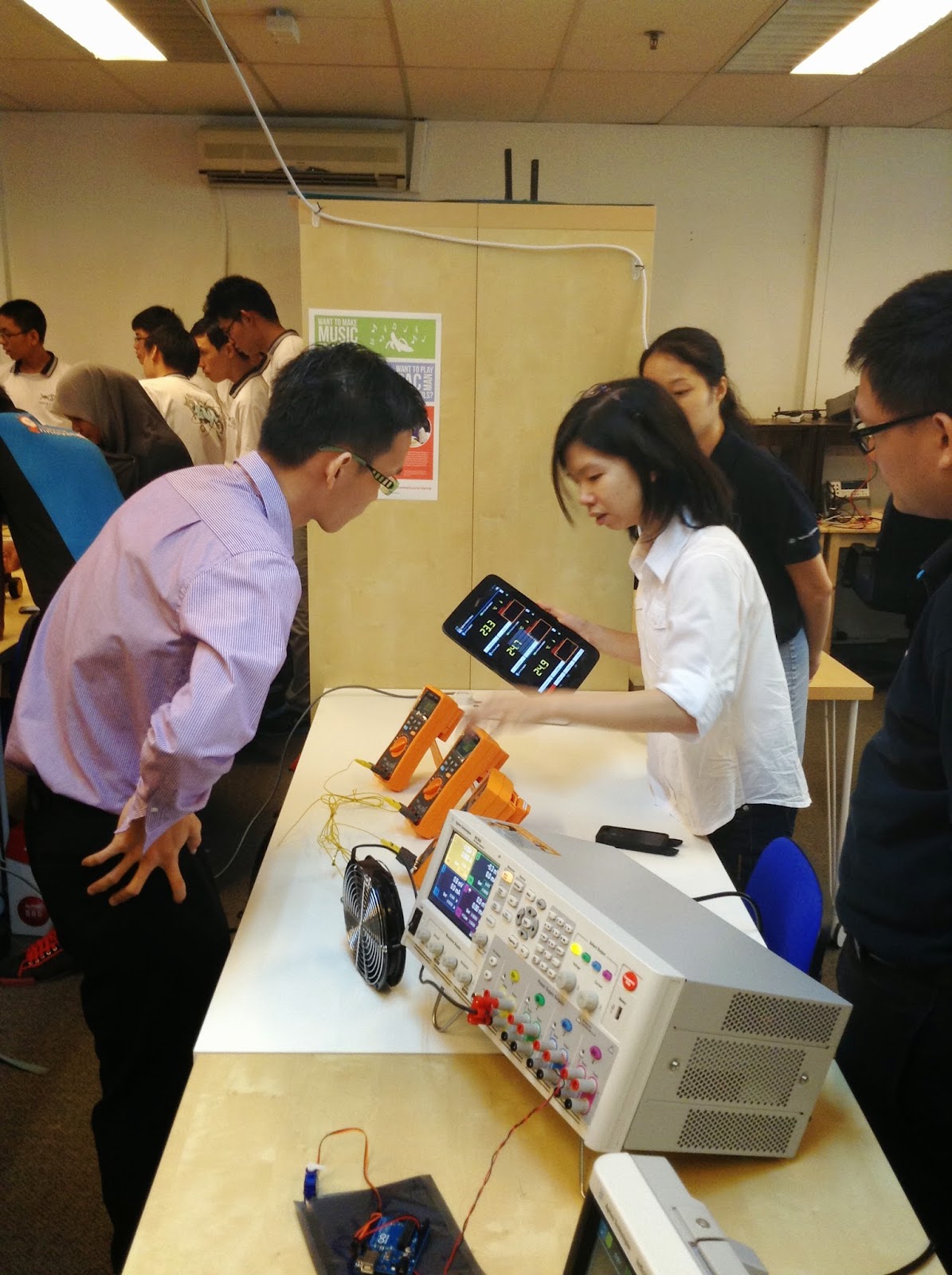 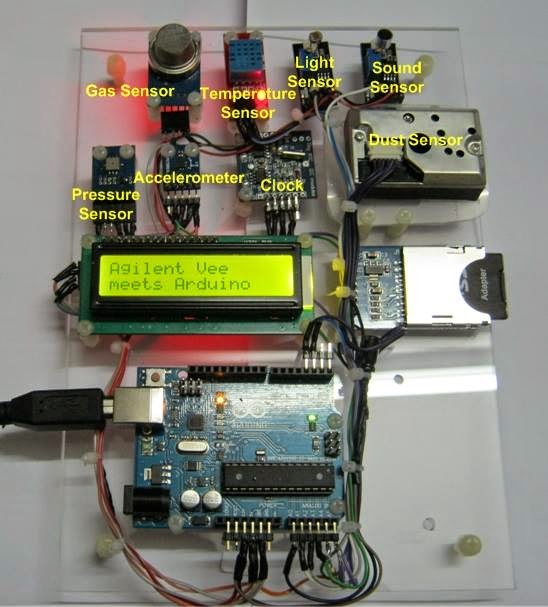 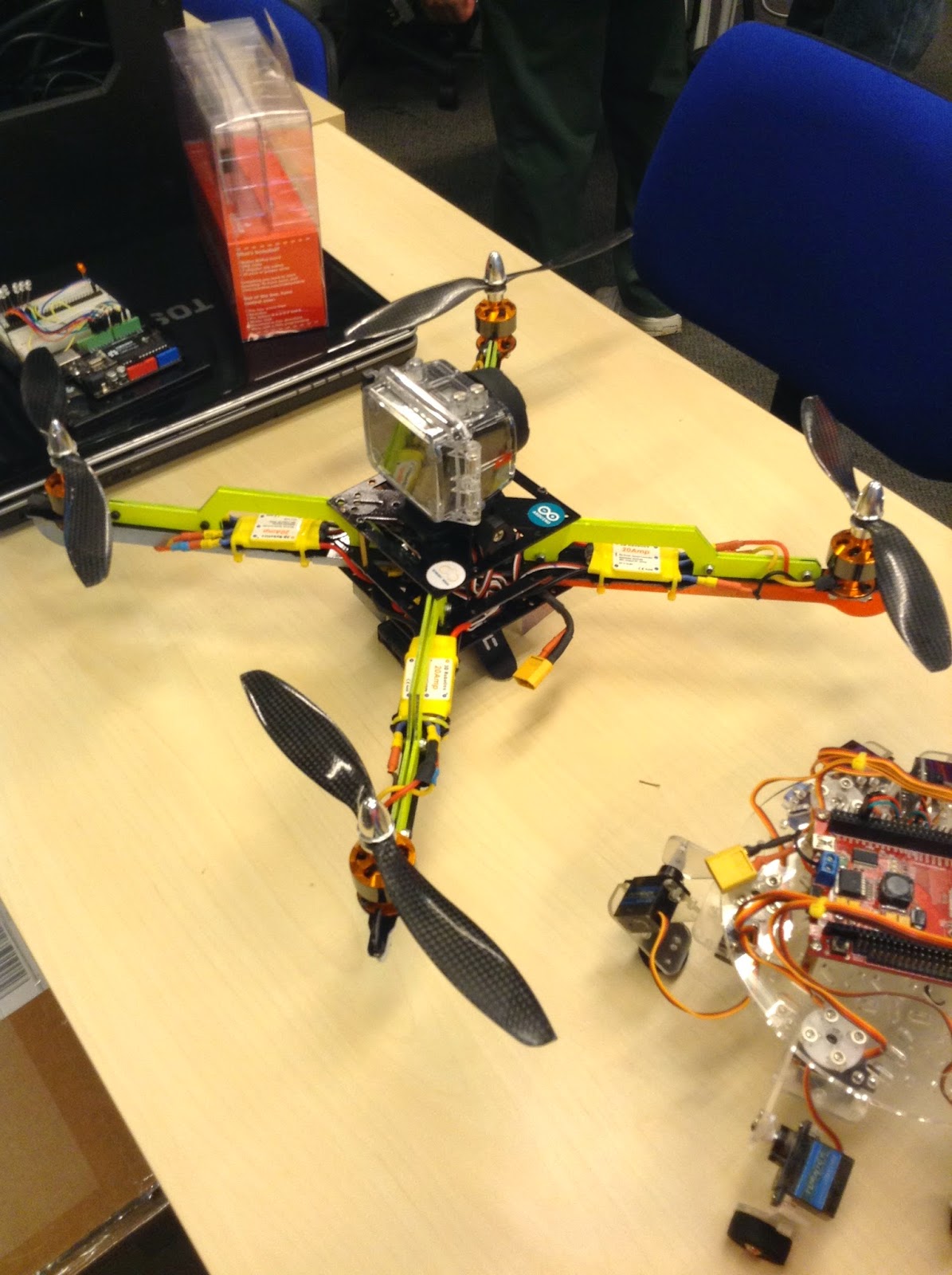 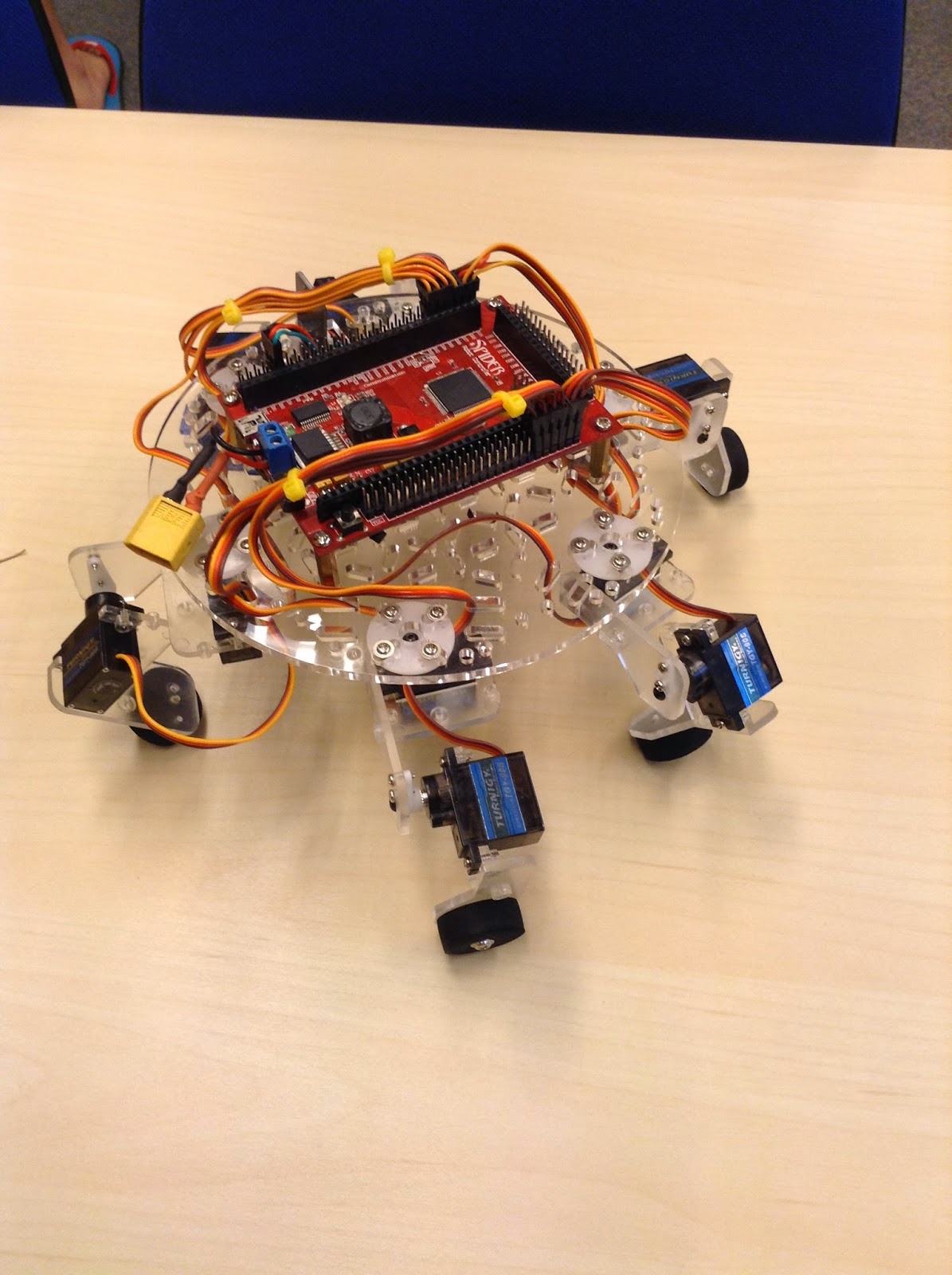 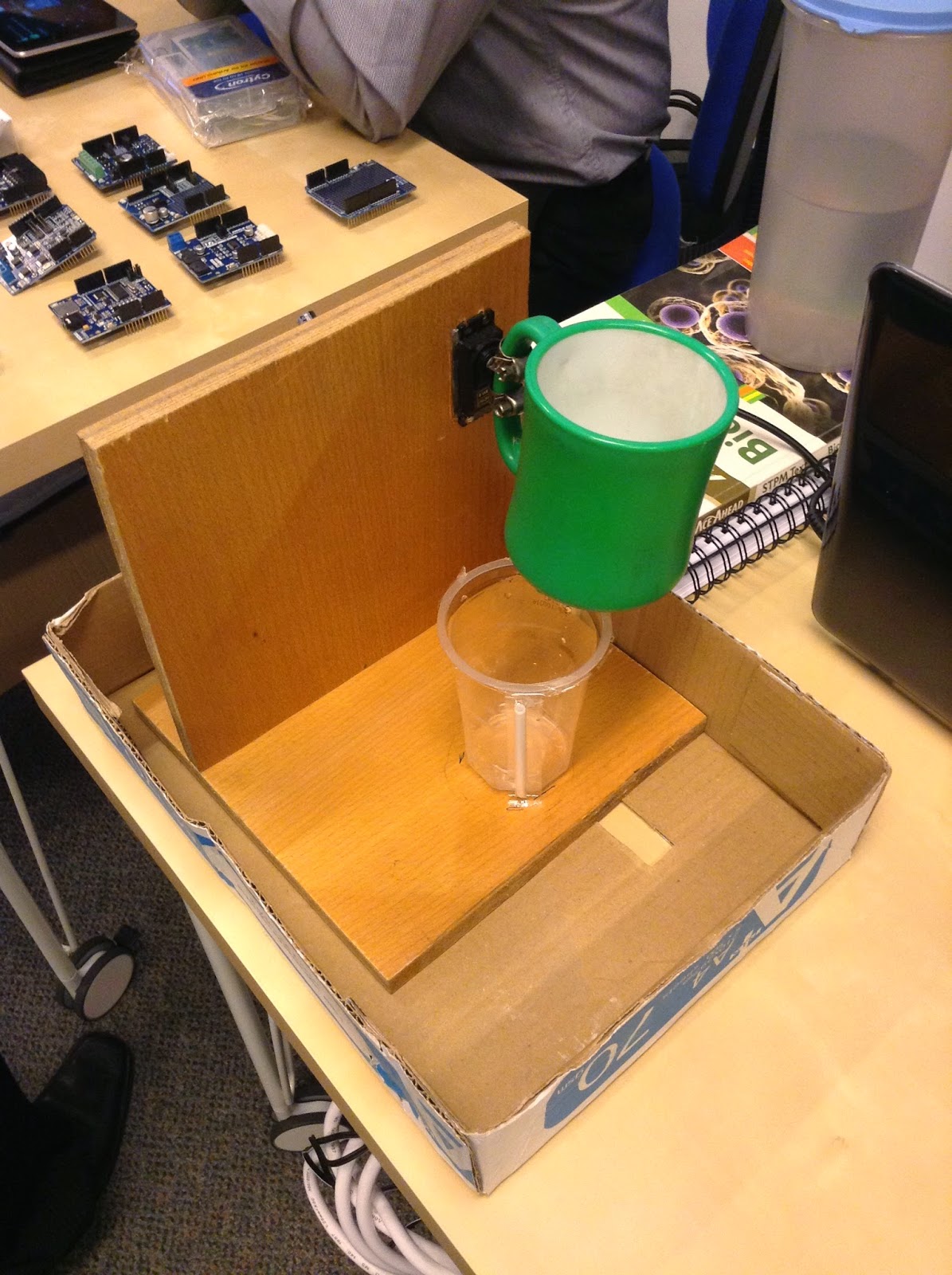 Besides having exhibition, we did have a team of people conducting Arduino basic workshop throughout the day. The participants were exposed to the basic of Arduino. For example how to blink an LED. At the end, they build some simple prototypes based on what they learnt. 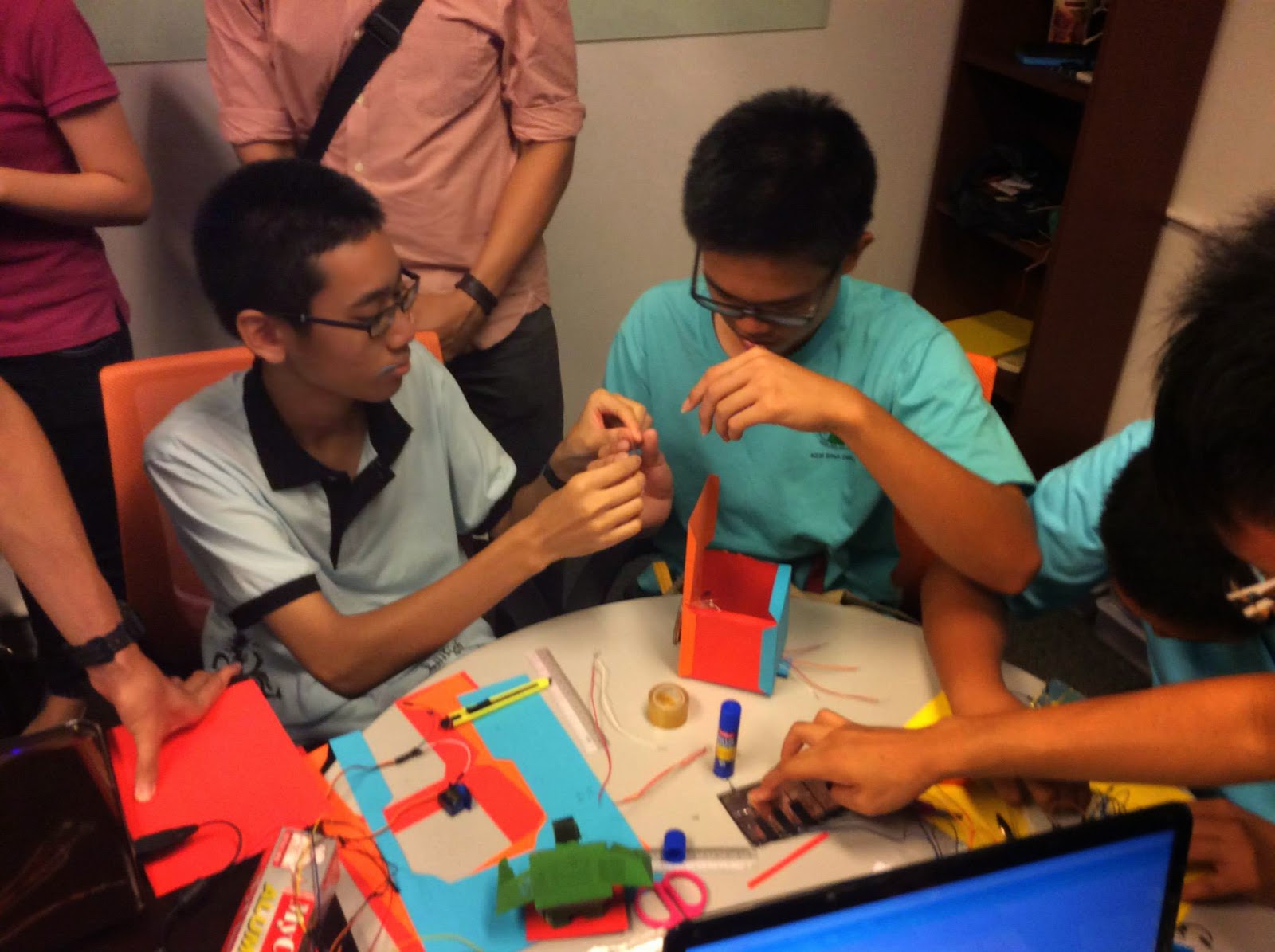 We also have simple talk from Intel and Agilent ! 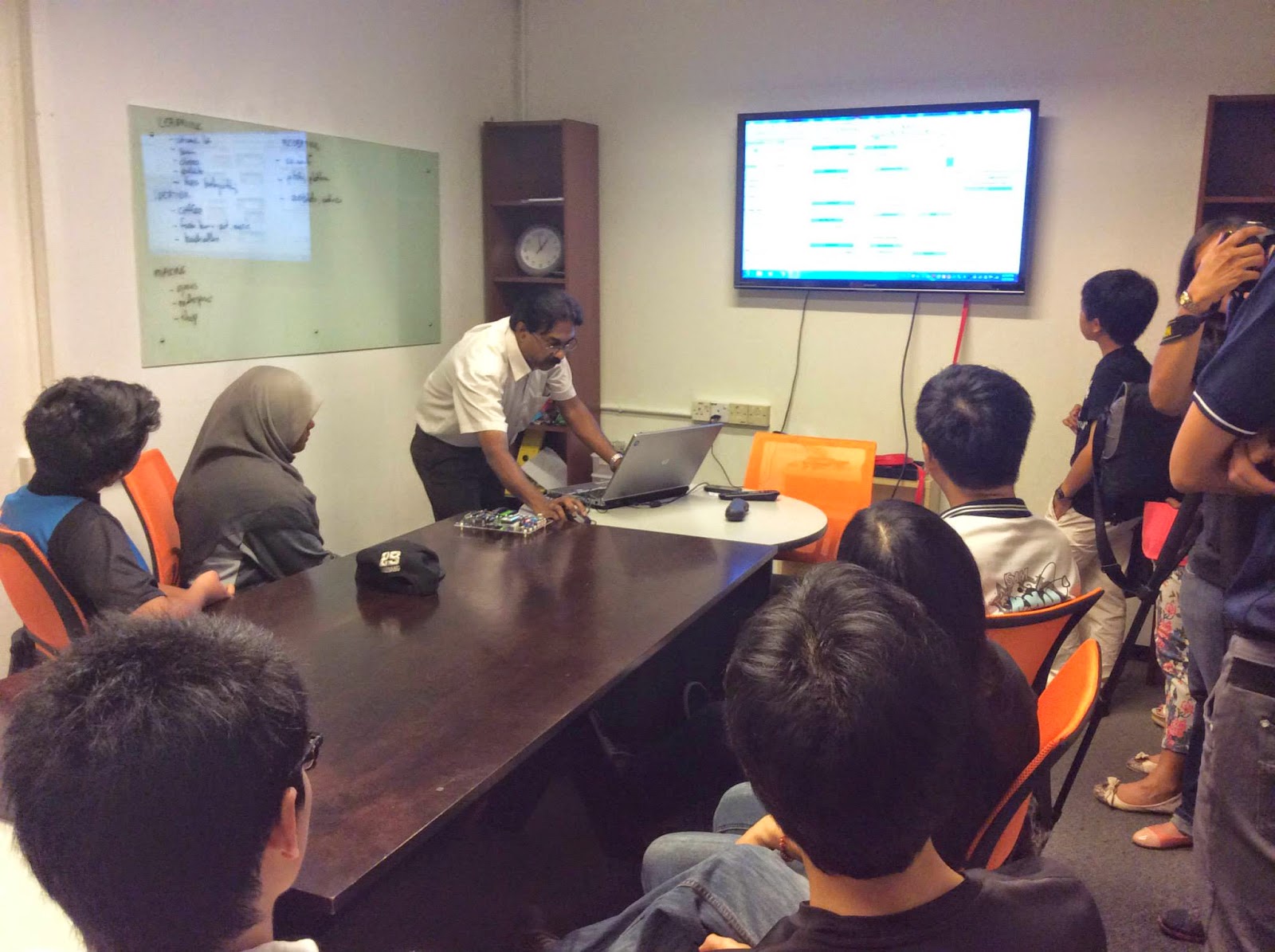 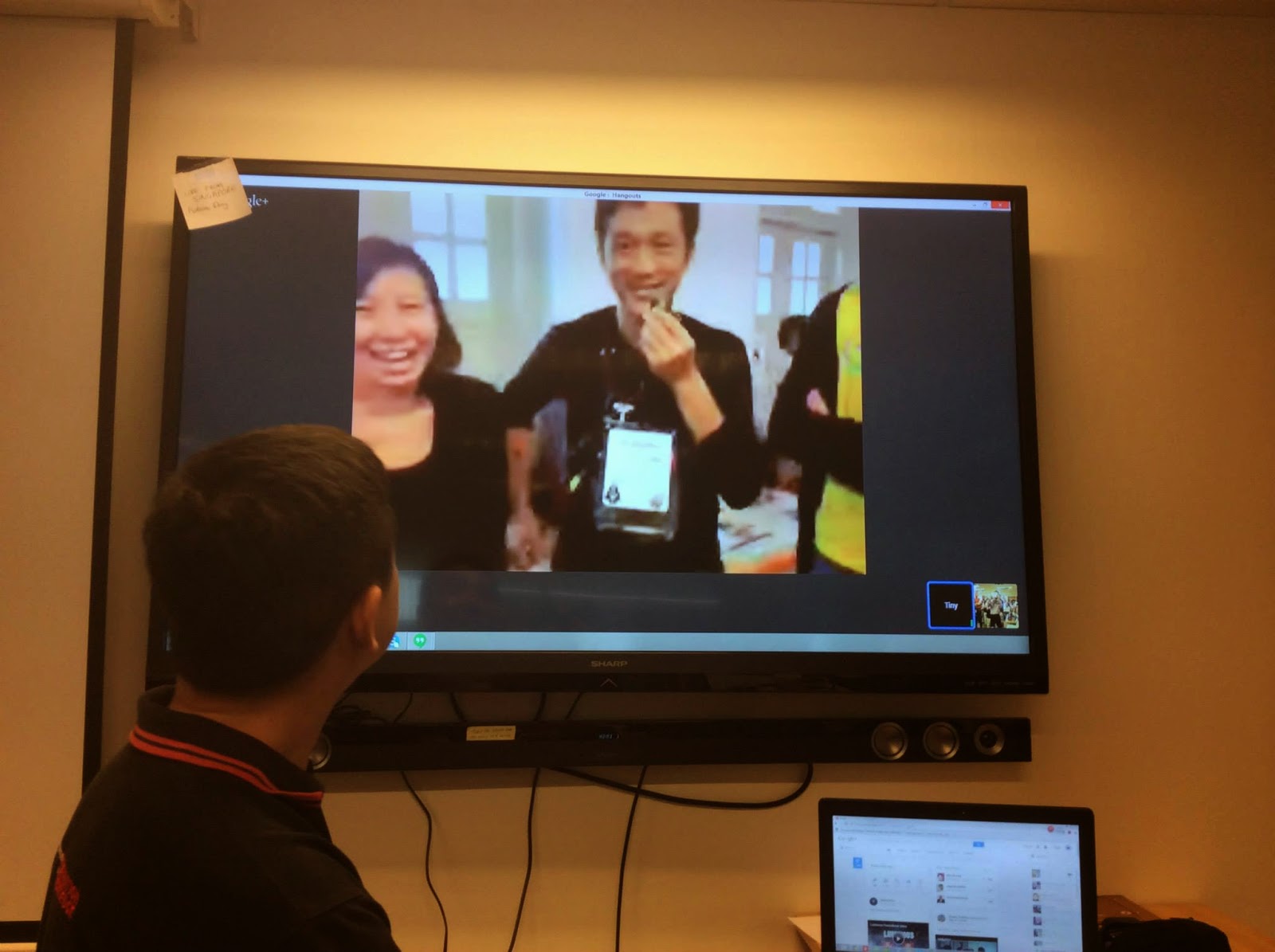 
One of the interesting project shown at the Singapore World Arduino Day !

Overall, this event ended successfully ! I would like to express my appreciation to all those contributed to make this event a very success ! 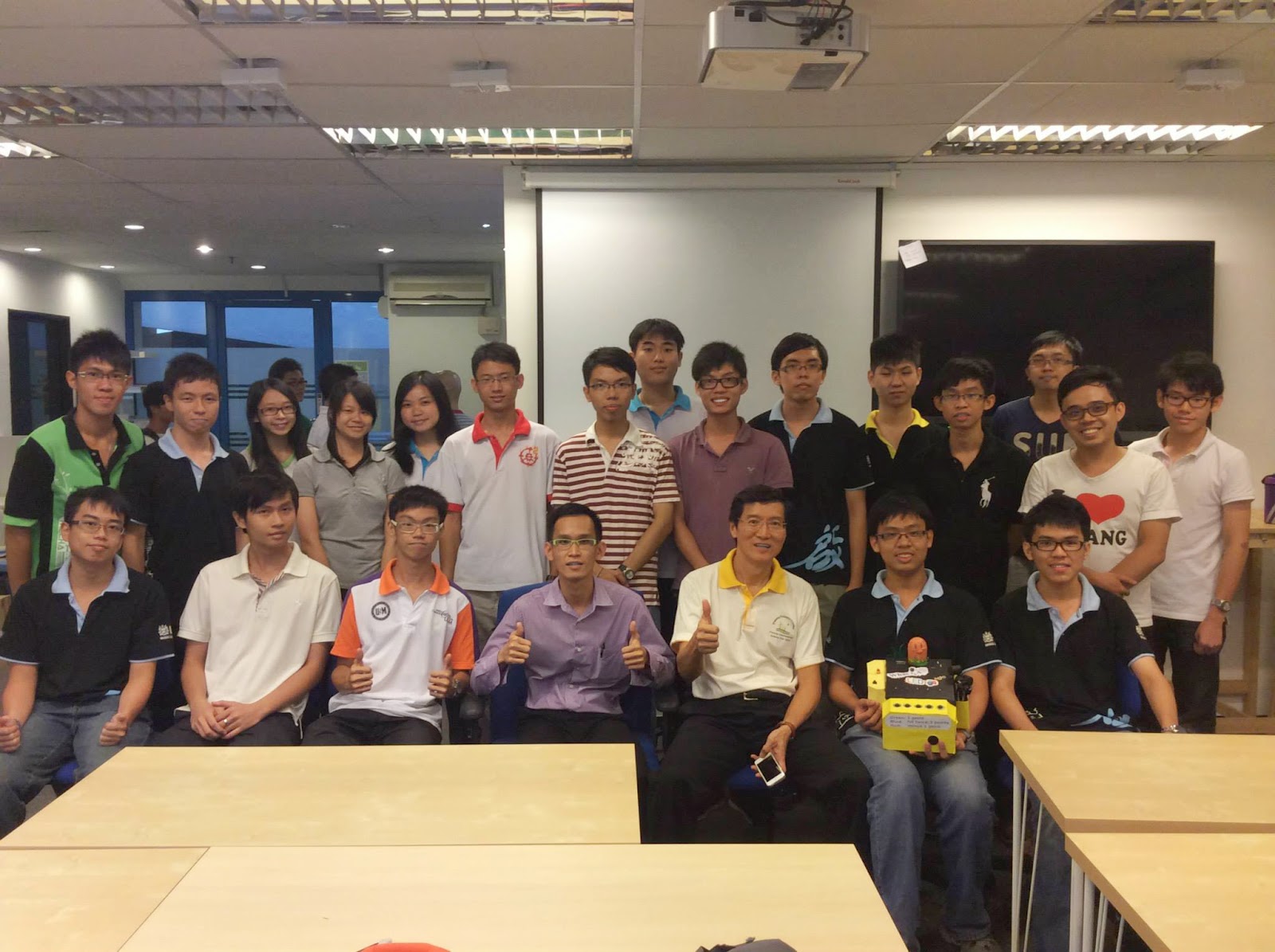 It was great to meet with some of my Facebook friends in real life too ! 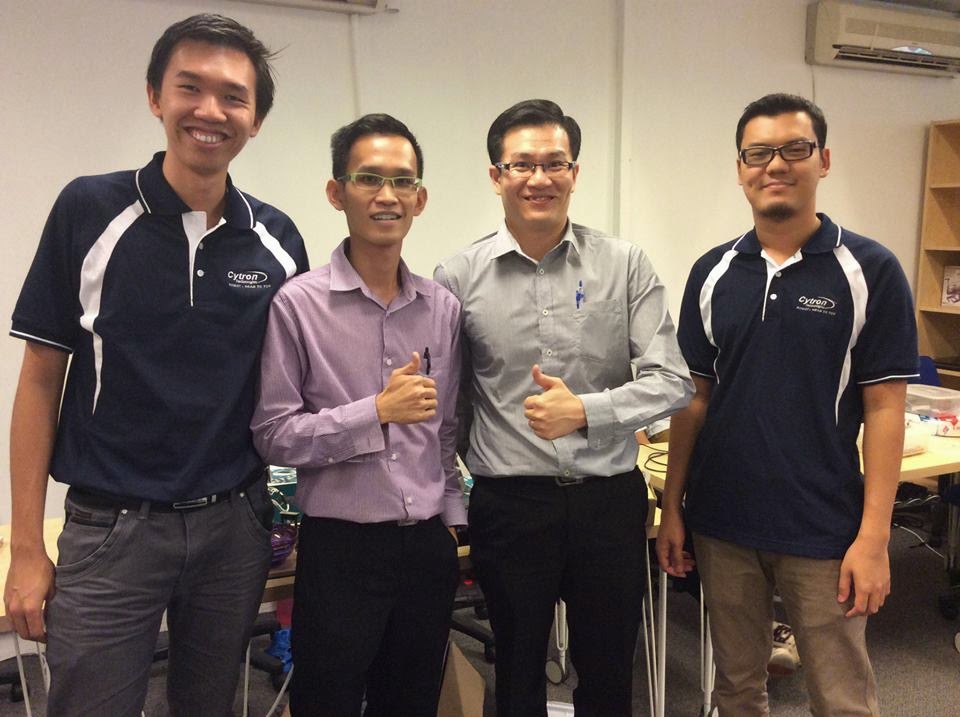 With staffs from Cytron Technologies 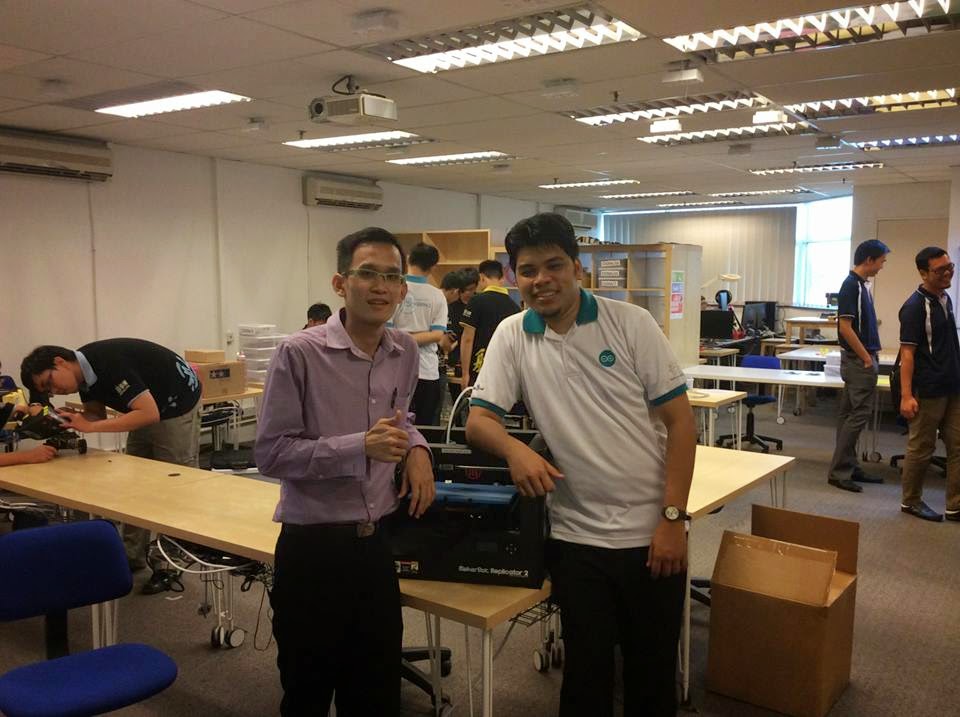 With my friend from UniMAP 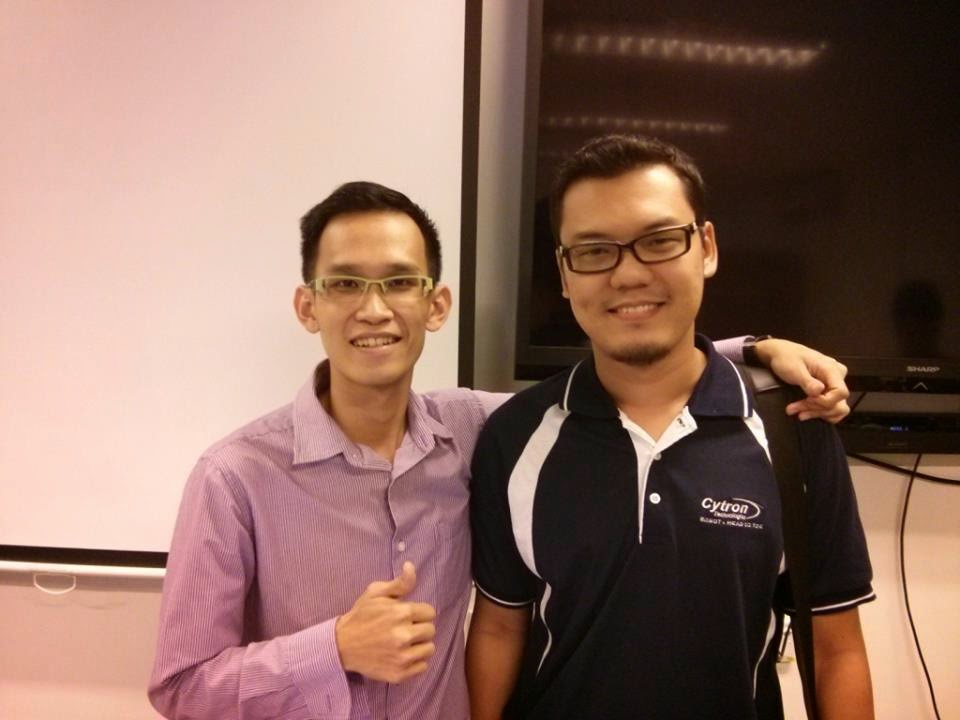 "Get inspired and do great things ! " 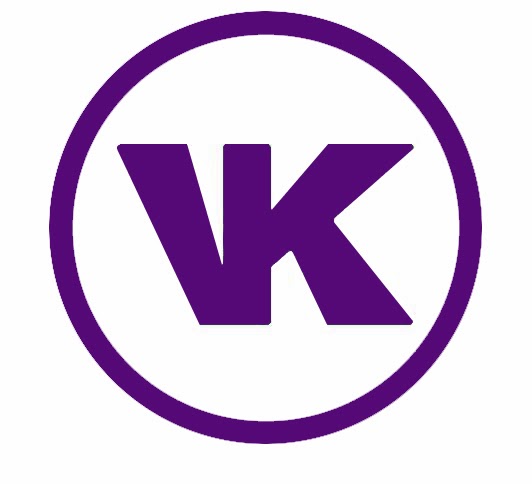